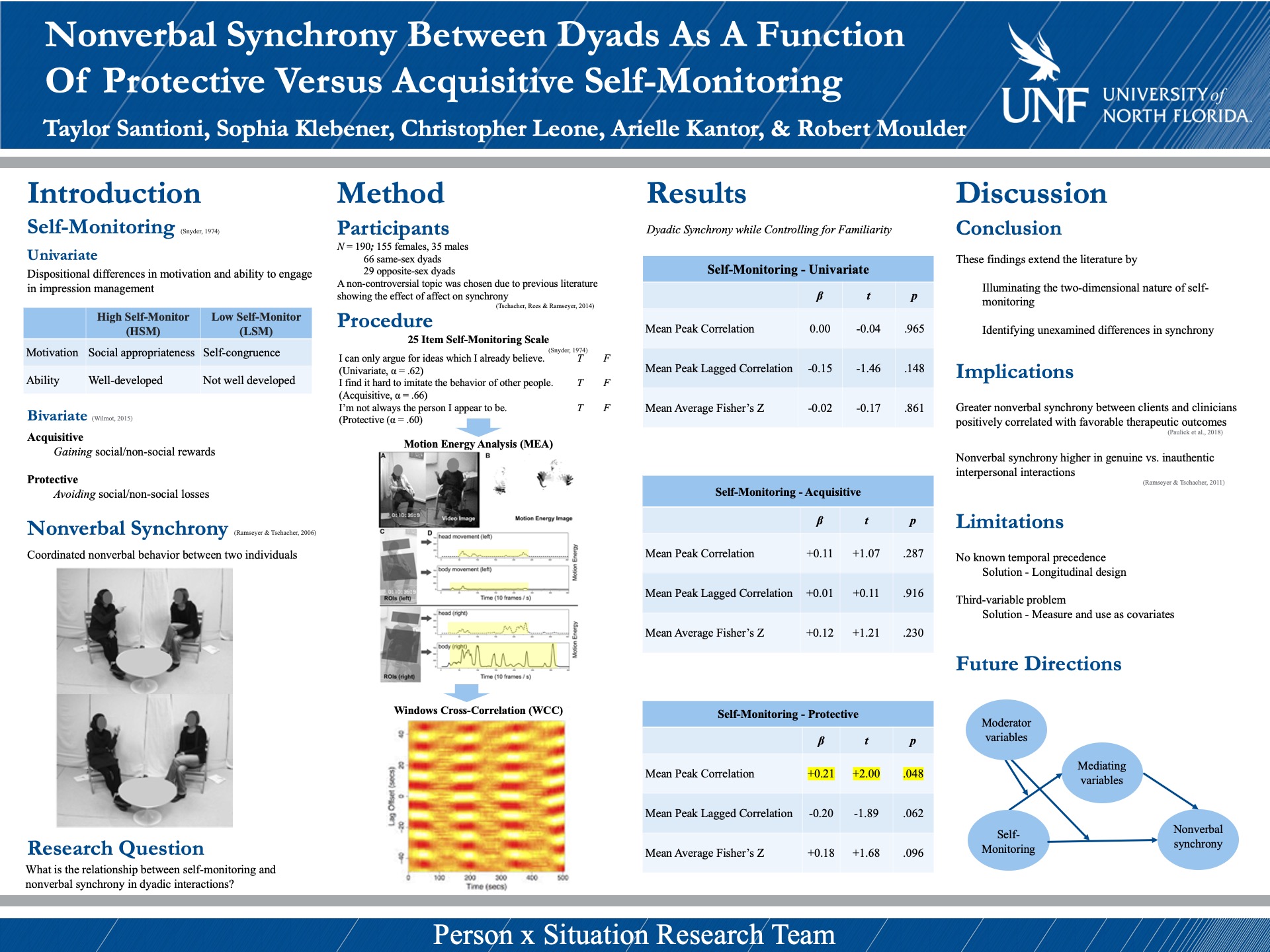 Hi everyone! I hope you are enjoying SOARS today. My name is Taylor Santioni and I am presenting on behalf of myself and Sophia Klebener. We are working under Dr. Christopher Leone of the psychology department.

We also looked at nonverbal synchrony which is the overall coordinated body movements between two individuals. If you have ever been out with a friend or on a date and you notice you guys are both leaning in at the same time, you both have your hands up at the same time, those coordinated body movements would be what we classify as nonverbal synchrony.

And very broadly we wanted to know what the relationship between self-monitoring and nonverbal synchrony is between two individuals interacting.

We took 190 college students and had them take the 25-item Snyder Self-monitoring Scale. We then took them in a different room and we video recorded them for 5-minutes having a conversation. We chose a noncontroversial topic (they talked about what classes they were currently taking, what their after-college plans were) because past literature has shown that there is an effect of affect on synchrony.

We then took those video recordings and uploaded them into a software called Motion Energy Analysis; the software is able to calculate the amounts of nonverbal synchrony between the two individuals. We then took that data and uploaded it into Windows Cross Correlation which is a statistical software that gave us our results.

We found that individuals engaging in protective self-monitoring had the highest degrees of overall nonverbal synchrony between them when interacting.

This finding is interesting because past literature has shown that individuals interacting that have high degrees of nonverbal synchrony between them have shown to be more genuine in their interpersonal interactions. So, these individual engaging in protective self-monitoring may be more genuine than we think!

Again, I’d like to thank you very much for coming and listening to our presentation and looking at our poster! If you have any questions please feel free to email me directly at n00666894@unf.edu.

Thank you so much and have a great day!