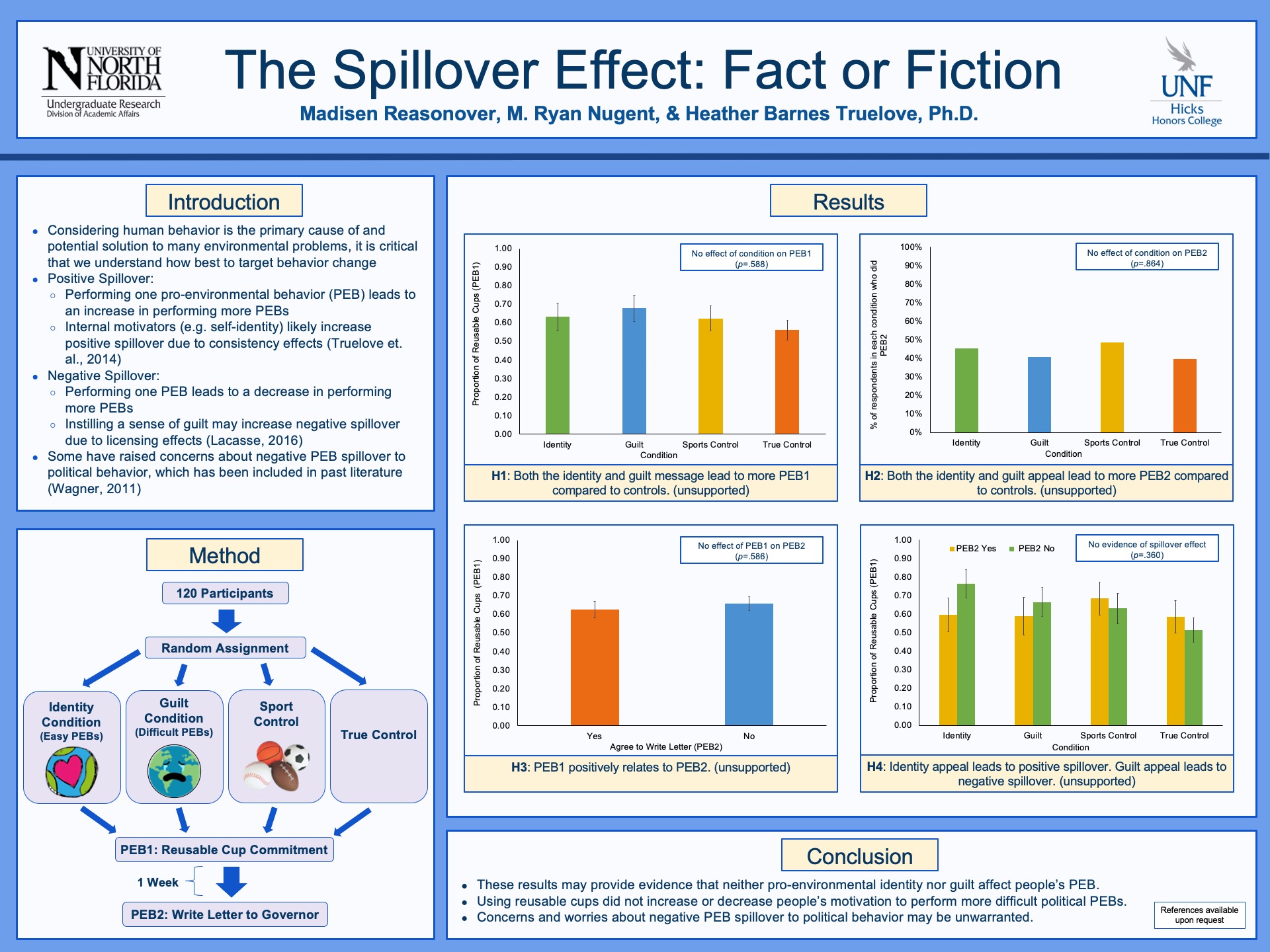 In light of recent pro-environmental behavior (PEB) campaigns like banning plastic straws, some have raised concerns that performing small behaviors may undermine support for more difficult, and arguably more effective, political PEBs. Recent psychological research has focused on understanding how performing one PEB may spill over to increase (positive spillover) or decrease (negative spillover) the likelihood of performing additional PEB. We hypothesized that participants asked to perform a PEB due to identity reasons would display positive spillover and that participants asked to perform a PEB due to guilt reasons would display negative spillover. 120 student participants (93 women) were randomly assigned to conditions fostering pro-environmental identity or guilt, or to a control condition. The participants were then asked to commit to use a reusable cup for an entire week (PEB1). One week later participants were asked if they would be willing to write a letter to the governor in support of alternative energy sources (PEB2). We found no evidence of the condition affecting PEB1 or PEB2. Additionally, there was no significant relationship between performing PEB1 and performing PEB2. Therefore, we found no evidence of spillover effects. Worry about negative PEB spillover to political behaviors may be unwarranted.

At the time of this experiment, we had 120 participants which we randomly assigned to one of four conditions. The first condition was an identity condition in which participants were asked how often they perform easy PEBs, such as turning the light off when you leave a room. The second condition was a guilt condition which asked participants how often they perform more difficult PEBs such as switching appliances to be more friendly to the environment or switching to more fuel efficient cars. The third condition was a sport control and the fourth condition was a true control. We had two different controls to determine whether exposing participants to anything throughout this experiment influenced the outcome of their future behavior. The sport control asked participants how often or how much they like sports such as soccer and football while the true control did not expose participants to anything. After being exposed to one of four conditions, participants were asked to perform an initial, easy PEB which was reusing a reusable cup for an entire week. After a week, they came back to the lab and were asked to perform a second more difficult, political PEB which was writing a letter to the Florida governor in support of pro-environmental initiatives.

The results of this experiment may provide evidence that neither pro-environmental identity nor guilt affect people’s willingness to perform PEBs. Additionally, using reusable cups did not increase or decrease people’s motivation to perform more difficult, political PEBs. Further concerns and worries about negative PEB spillover to political behavior may be unwarranted. We think that if we had more participants than we might see different results. Further our participants were all samples from a college campus, so if we sampled different people from different backgrounds we may see a different result in our experiment