Undergraduate Researcher of the Year

Each year during SOARS, one student from among those nominated by their faculty mentors is selected as Undergraduate Researcher of the Year. This prestigious award recognizes an undergraduate student deemed to have been particularly outstanding in terms of dedication, persistence, work ethic, enthusiasm, and passion for research. The recipient of this award is a role model for other undergraduate student researchers.

Michael Long is a double major in Mathematics and Education. An experienced researcher nominated by his mentor, Dr. Daniela Genova, Michael’s work in Graph Theory focuses on tournaments – directed graphs with special properties that have application in sports. Dr. Genova wrote, “Fascinated by the winnings of the 1992 U.S. Olympic Dream Team, Michael went on to research the beautiful theorems that underlie the theory behind tournaments…he even found a connection between tournaments and the Fibonacci numbers,” findings he presented recently before the Mathematical Association of America.

Mark Ryan Nugent, a Psychology major, was nominated by his faculty mentor, Dr. Heather Truelove. Ryan’s research centers on pro-environmental behavioral spillover. More recently, however, Ryan has narrowed his focus to specific explorations of how guilt appeals are used to encourage pro-environmental behavior. Dr. Truelove noted, “It is truly a remarkable feat for an undergraduate in one academic year to develop two posters based on distinct research projects and present them at two different conferences as well as coauthoring a manuscript for journal submission.”

Courtney Olds is a Senior majoring in Psychology with interests in gender and sexual health. Her mentor, Dr. Elizabeth Brown, explained that Courtney “exudes qualities that are the hallmarks of a good researcher…constantly pushing the envelope theoretically and proposing new, novel ideas based on the existing research literature. She is open and eager to go outside her comfort zone…and extremely persistent at learning new challenging statistical techniques and mastering new programs to complete her thesis. “An amazing writer,” she and Dr. Brown are currently preparing an article for publication.

Tyson Smoot, a Nutrition and Dietetics major in the Brooks College of Health, was nominated by his mentor, Dr. Andrea Arikawa. Curious, inquisitive, and precise, Tyson is interested in understanding how water intake affects the body composition of human subjects. Dr. Arikawa described Tyson as “passionate about research,” with an impressive work ethic exemplified by his 6 a.m. arrivals in the lab and willingness to work on weekends. He is, his mentor explained, an excellent communicator and team player who has trained other undergraduate researchers how to perform body composition assessments.

Congratulations! These students will each receive a $500 research scholarship from the Office of Undergraduate Research.

2020 Undergraduate Researcher of the Year 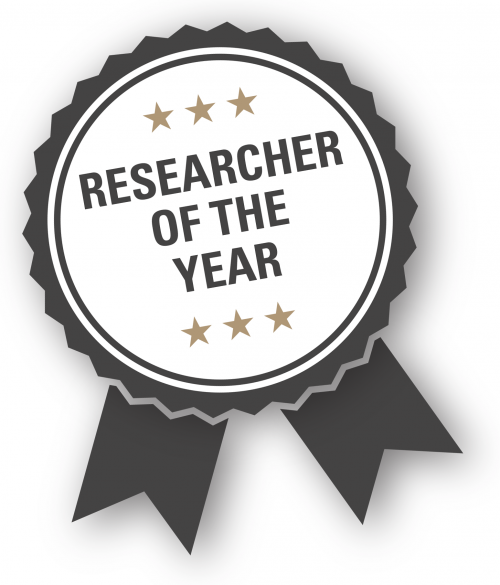 2020 Undergraduate Researcher of the Year

Caroline Howard will graduate from UNF this summer with a Bachelor of Arts in Sociology and an Interdisciplinary Minor with a Demography Focus. She received three enthusiastic faculty nominations as Undergraduate Researcher of the Year. Dr. Mandi Barringer declared that Caroline is one of the “most intrinsically motivated students” she has met at UNF, characterizing Caroline as “an exceptional student and researcher…passionate about sociology and social science research.” Under the mentorship of Dr. Barringer, Caroline engaged in several complex research projects, many of which have focused on various aspects of the sociology of religion.

In her work with Dr. Jenny Stuber, Caroline expanded into explorations regarding racialized land use policies in Jacksonville. “What stands out about Caroline,” noted Dr. Stuber, “is her appetite for learning new research methodologies. Within the last year, she has undertaken projects using GIS, multivariate regression, and content analysis; she is currently learning qualitative interviewing. Whereas students in the natural sciences have a defined lab to work in, Caroline’s lab is anywhere and everywhere.” The relevance of Caroline’s research impresses Dr. Stuber, who remarked, “Woven throughout is an interest in understanding how social institutions – neighborhoods, schools, and churches – mediate social inequality.”

Dr. David Jaffee suggested that Caroline’s “dedication to undergraduate research is quite unique and worthy of recognition.” He is impressed with the “range of research topics she is exploring in an interdisciplinary fashion,” and the fact that in the past year, Caroline has “made three presentations at UNF research conferences (the DHI Digital Projects Showcase, the Northeast Florida GIS Conference, and the UNF International Research Symposium) and two statewide conferences (the Inaugural Florida Undergraduate Research Posters at the Capitol in Tallahassee and the Florida Undergraduate Research Conference in Fort Myers).” Only Covid-19 will keep Caroline from presenting at the Southern Sociological Society conference in April. “I know of no other student who has accomplished this much research and presentation activity in such a short span of time,” concluded Dr. Jaffee.

You can see Caroline’s two posters on this website:

“A State Sponsored System of Segregation”: Examining the Contemporary Impact of Redlining

University of North Florida: Measuring and Mapping the Footprint of Growth Over Time