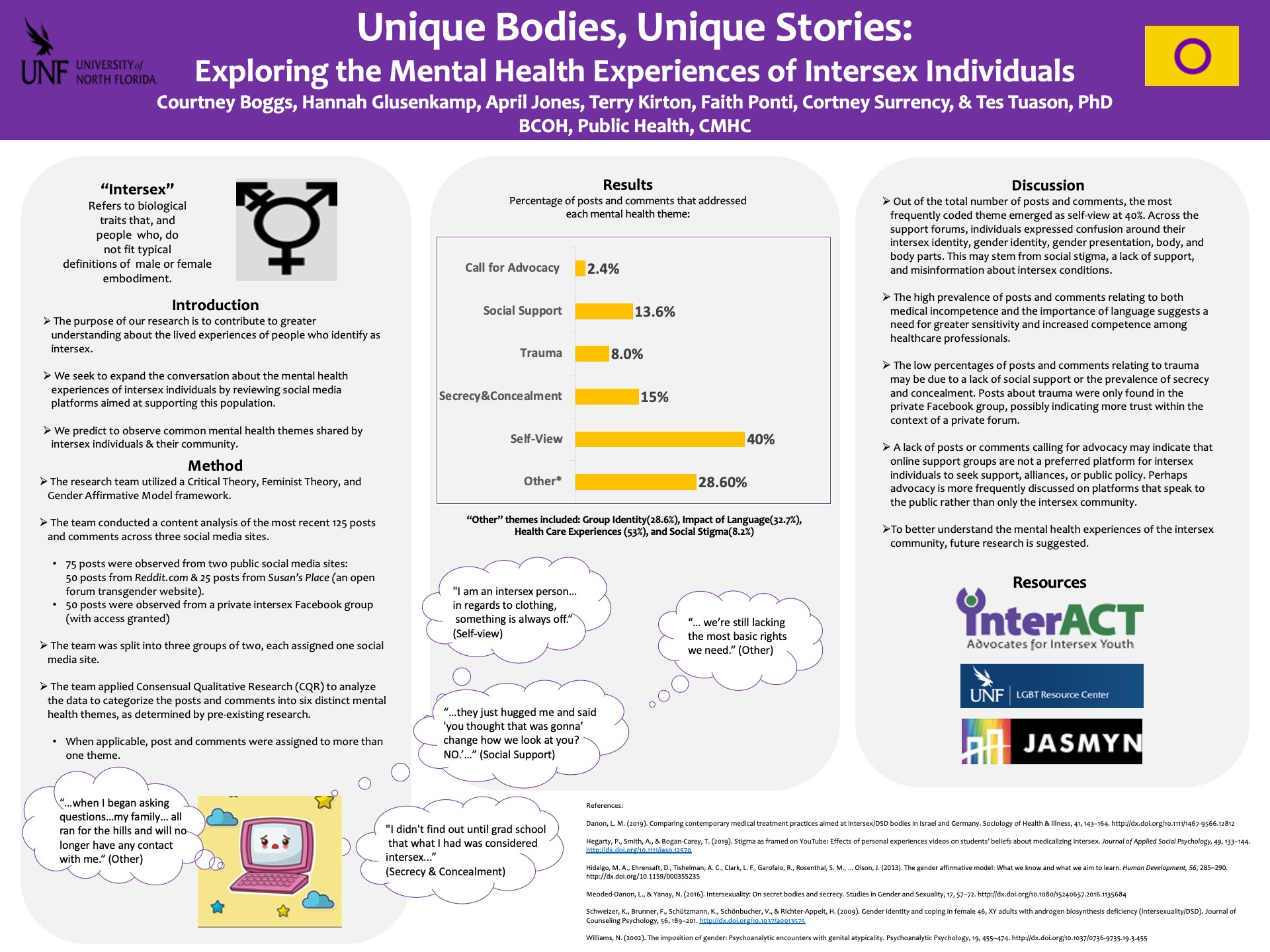 There is between 1 in 1,500 and 1 in 2,000 intersex births per year. The term intersex refers to infants born with genitalia that are not definitively male or female (“How common is intersex?,” n.d.). Though a relatively common birth condition, great societal and familial secrecy surrounds the issue of intersex conditions (Danon, 2019; Meoded-Danon & Yanay, 2016). Research shows that this secrecy, along with medical trauma from corrective and maintenance surgeries and confusion about one’s body and identity, can cause long-term mental health struggles among intersex individuals and their caretakers (Danon, 2019; Meoded-Danon & Yanay, 2016; Schweizer et al, 2009; Williams, 2002). The present study aimed to uncover specific mental health themes discussed by intersex individuals and their family members on social media sites with the intention of exploring self-described mental health experiences of this population. Using as our paradigms the Gender Affirmative Model (Hidalgo et al., 2013), Critical Theory, and Feminist theory, then analyzing data using Consensual Qualitative Research (CQR) (Heppner et. al, 2008), the research team conducted a content analysis across 125 posts from three social media sites: Reddit, Facebook, and Susan’s Place. The posts were then coded according to six criteria: Trauma, Secrecy and concealment, Social support, Self-views, Calls for advocacy, and Other comments relating to mental health but not belonging to the other five classifications. Results show that discussions surrounding mental health are common on these online forums and that they span many categories. The intersex community is not monolithic; each voice deserves to be heard but is so rarely given the opportunity. This study recommends that future research be conducted regarding mental health experiences of intersex individuals so that those in the helping professions may become informed and better trained in supporting this community. Clinical implications will be discussed.